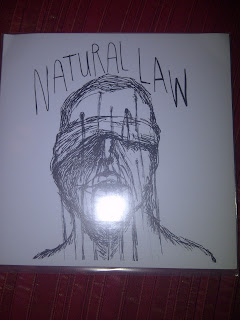 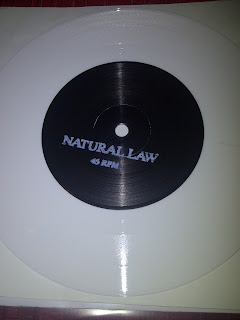 Originally released as a tape in 2010. Everyone knows how much I hate those fucking things but thankfully Hardware records of Germany have put this out on the format it deserves. Basic no thrills hardcore which is so much better and effective for it's simplistic approach. The packaging for this is pretty minimal too. Good, good stuff though not up to the same standard as their LP, this is still worth grabbing if you're a fan. 100 on white vinyl and there's still some left in the hardware store so get in.
Posted by Mark-Sandwell at 01:33 No comments: 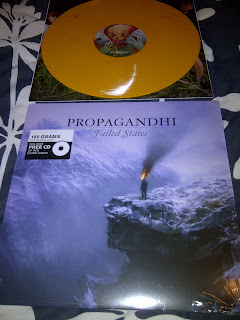 New Propagndhi album-about damn time. It's also exciting to see this band evolve with each release. They've certainly come a long way since their fat wreck days even though despite having a similar sound to most of the other bands on the label they still stood out from the pack-mainly due to their political views which are still strong today. Describing them these days is a tricky chore. It's like prog-thrash metal-hardcore if such a term exists or even makes any sense. Whatever-this album totally rules and will be in a lot of folk's best records of 2012 lists. Now on Epitaph records, I managed to bag a colour copy. Also it comes with an actual CD rather than a download so even those charlatans without turntables can grab one. Great package, great band, great record.
Posted by Mark-Sandwell at 09:03 3 comments: 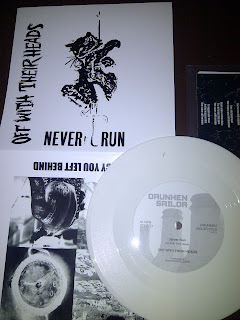 Probably the oddest release for me last year was this 7". These two bands actually together on one record released by small UK label Drunken Sailor records?
I have no interest in what Discharge are doing these days (they were so boring when I saw them in Summer) but I do like OWTH a lot although they put out too many split releases with other bands (this being one of many of them). This was originally meant to be a one off release but here's a second pressing anyway. 300 all on on white vinyl and 50 came with this white sleeve which was made up for some festival (Don't know which one). I bagged one of the leftovers when they hit the store. Look very nice I must say. Discharge don't sound that bad here but at the end of the day I actually prefer quite a few of the bands that they actually influenced rather than them. OWTH are still the reason to tune into this though. Good stuff!!!
Posted by Mark-Sandwell at 08:59 No comments: