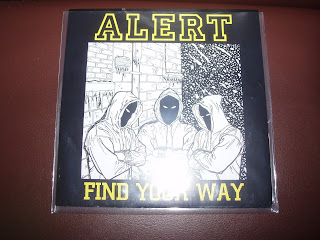 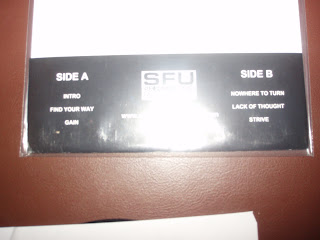 A while back I recieved an email from Six feet under records saying that they had some of the record release show versions of the Alert 7". I naturally headed to the store and got lucky and bagged one. Alert play old school style sXe and if you like that stuff you can't fail as they pull it off well (albiet while still being generic sounding). Anyway this bad boy was just limited to 54 copies so I was surprised any were left over unless no one attended the show. The sleeve is better than the actual regular version (which I don't have yet)and the labels are hand stamped. Another nice souvenir of a gig I never went to (and maybe not many others did either).
Posted by Mark-Sandwell at 04:32 3 comments: 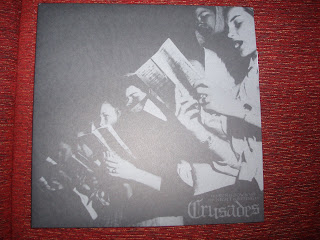 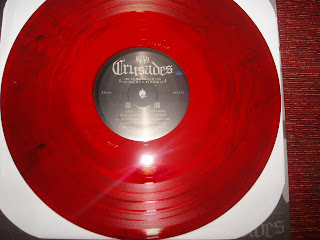 This is one of my favourite records of 2011. I only got it last week and I’ve played it a bunch of times already. Looking at Crusades’ record sleeves you could be mistaken that you would be getting something musically that could be on Holy terror but in fact it’s more pop punk sounding albeit with a more darker feel. I can even feel a hint of black metal in there somewhere. Their lyrics are very anti-religion which makes them unique for a band of that style. I only recently got a copy of their 7” from last year but this is brand spanking new. Great job. It’s alive records have done the deeds here. It comes housed in a nice gatefold sleeve and there is a limited quantity on red vinyl.
Posted by Mark-Sandwell at 00:57 6 comments: 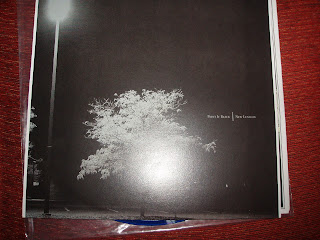 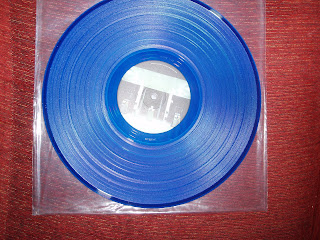 I remember going to see Paint it black back in 2008 with Trash talk and I wasn't too impressed by them. I thought Trash talk blew them off stage to be honest.I've seen them twice since and my opinion has changed. They are a great band, both live and on record and Dan Yemen is such a cool frontman. Anyway back to the 2008 show I remember them selling a tour version of their album 'new lexicon' exclusive to Europe. Having not being blown away by them I didn't bother getting a copy. I would regret that later as it became a wanted item of mine when I started really getting into the band. So at last, 3 years since that gig I've managed to bag a copy. 250 pressed with a different sleeve on blue vinyl. The funny thing is that I think this is my favourite thing by them now yet 3 years ago I just wasn't bothered.
Posted by Mark-Sandwell at 00:14 No comments: 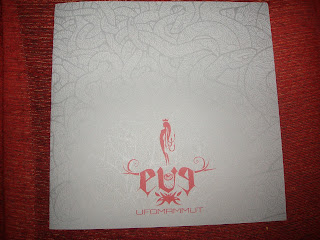 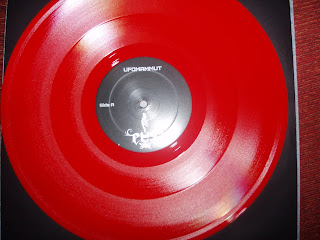 Just got in from seeing ufomammut play a killer set in my town. They ruled!!! Also managed to pick up a nice souvenir, their 'Eve' album on red vinyl with a nice silk screened sleeve, sold exclusively on tour. It's a great album to just drift away to. It's late and I'm tired so I may just do that in a moment when I stick it on.
Posted by Mark-Sandwell at 16:39 No comments: 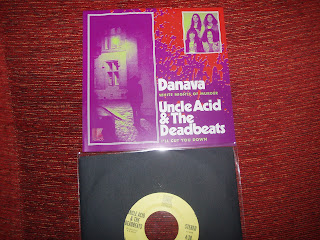 It happened again. I went to see a band that I didn't end up seeing. This time it was Davana when they played in Liverpool. I caught Lecherous Gaze and had to leave seeing train times in scouseland back to Preston are shit. Anyway I didn't go home empty handed. I picked up some records including this split 7" with Davana and Uncle acid and the deadbeats (on Kermado recs). Imagine my shock when I saw one sell the other day on the bay for nearly £60. Bloody hell!!! Make no mistake the reason is simply because of Uncle acid and the deadbeats. Their stuff is gold right now. I shudder to think how much the mega limited release of their album on rise above will go for. No, I didn't get one and I'm gutted. Anyway I just wish I'd bought more than one copy of this. At least I got one. I would have have been pissed off to have passed it up. Oh, it's a pretty good record too!!!
Posted by Mark-Sandwell at 08:23 No comments: