DRI Dealing with it LP 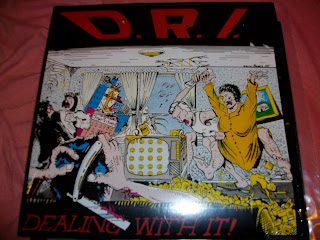 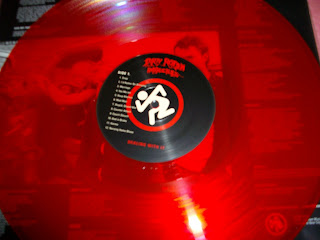 The reissues keep coming-today's instalment is DRI's classic 'dealing with it' LP. Released back in 1985 this became an instant classic and was the band's official album debut (the previous 'LP'' was their 7" pressed onto a 12"). From start to finish this thing doesn't let up. 'My fave track is 'Nursing home blues', that still knocks me silly now whenever I hear it. I love that front cover too-as a kid it was artwork like that what defined hardcore punk for me. Beer city have done the job here-1100 on red vinyl. This is an essential album for any hardcore collection-consider yourself officially shit if you don't own it.
Posted by Mark-Sandwell at 23:37

WOW! that's awesome, dude! I had the Dirty Rotten LP, but I sold it.

I really liked your site, it's pretty cool. Cheers from Brazil.