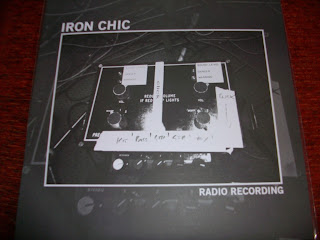 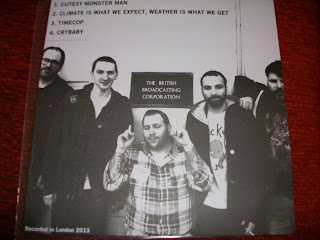 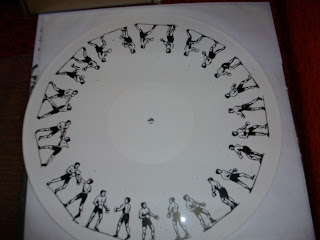 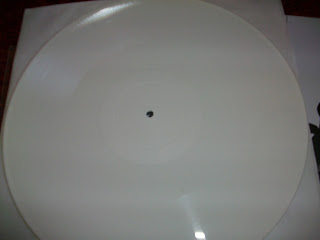 Sometimes I forget how much I love Iron chic. Their music always gives me a lift even if their lyrics are a bit gloomy and cynical (just like me). I've still never seen them. Something I must do before I die. This is a self released one sided white label 12" which was sold only on their European tour (or from rare selected distros). These four tracks were recorded at the BBC studios in 2013. I guess around 30 years earlier this would have come out as a Peel sessions 12".  I could do with some new stuff but this is still a cool one to have.
Posted by Mark-Sandwell at 02:43 1 comment: 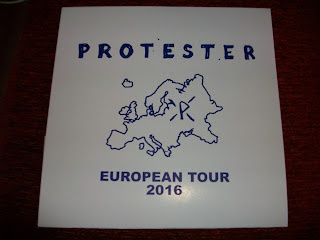 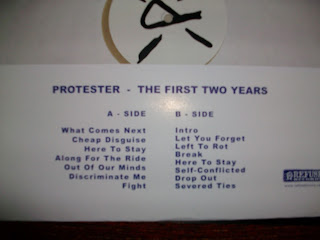 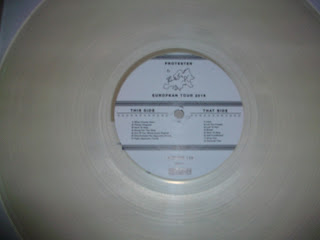 Just in case you were worried that I was dead or had stopped collecting records. It's ok. I'm back.. Went to see Protester last night in Liverpool with Red death. It was a great show and reminded me why I still love this shit. I picked up one of the tour 12"'s. It's basically the two seven inches pressed onto one record. Handy if you didn't have them already like myself . That cover is a bit crap but the label shows it's a European exclusive. Refuse records from Poland did this. This was a bit pricey too for a DIY hardcore release (£15) but at least it's a nice memento of a great night out. Limited to 100.