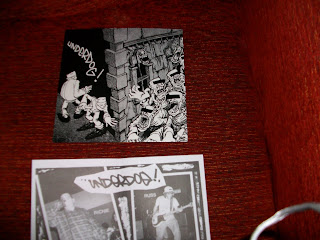 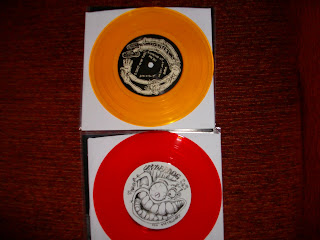 I first heard the Underdog LP 'Vanishing point' back when it was first released in 1989. I was heavily into the youth crew/NYHC sound at the time and it was a real surprise and was certainly different to what I was expecting with it's reggae influences and mid pace. Still I was well into it and when I discovered there was a 7" out as well, it went onto my wants list but it was nearly a decade later until I even got hold of it (and actually heard it). It was definitely closer to the typical straight up hardcore that I was listening to back in the late 80's than the LP. 24 years after it's release it's back out again. Bridge 9 have done a sterling job as always with this repress on two nice colours. Even if you already own an original you should pick up this again and if you don't.. then what are you waiting for? There's a huge void in your collection that needs filling.
Posted by Mark-Sandwell at 23:32 No comments: 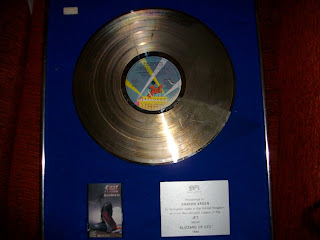 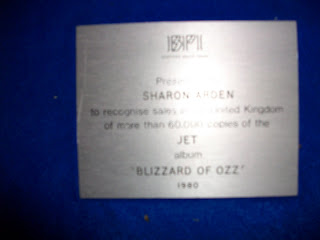 By far one of the strangest (and coolest) things that I've ever found on a car boot sale or flea market, a gold disc of Ozzys debut solo album after he left Sabbath. As you can see it was awarded to Sharon Arden (before they married). It's not in the best condition but with a bit of a clean up and with some glass put in the frame it should look a lot better and will look nice up on my wall. How the hell this ended up on a flea market in Preston is anyone's guess .
Posted by Mark-Sandwell at 23:24 No comments: