A while back i decided to join the Southern lord vinyl subscription club. Basically they claimed that the only colour vinyl copies of the records released would be included in this package. Non subscribers would only be able to get black vinyl from their mailorder. Well that turned out to be bollocks as at least the Pelican album was released on two different colours (apart from the standard black). Things got off to a rocky start as they ignored my packing instructions (about removing the records from the sleeve so the cover doesn't get ruined in the post) and actually sent me a black vinyl instead of a colour one for the Ascend album. To be fair they were very prompt at sorting out a replacement but have still not bothered complying with my instructions-thankfully nothing has arrived damaged yet. The fourth instalment in this club and by far the best yet is the Trap them 12". This is fucking awesome and I like the grey vinyl too. 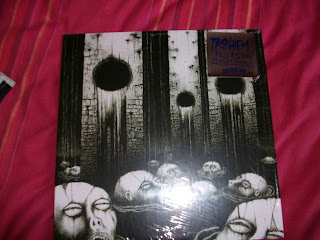 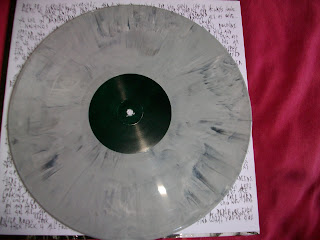 The only problem is that there's only 4 tracks on here and it's a one sided record (the other side has some etching on it). As this worked out really expensive after postage etc-I feel slightly cheated. Thankfully the amazing 4 tracks of heavy almost crusty/metallic hardcore on here stop me getting too depressed. Southern lord seem to be branching out a little away from the doom/drone/black metal stuff they normally release with bands like this, Black Breath and Black cobra. I heartily aprove, more please!!!

Posted by Mark-Sandwell at 06:24 No comments:

There are many bands and records that get unfairly overlooked and it feels unfair when you look at all the overrated bands and overhyped records that have happened over the years. One victim of this process is Profax-a band that came out of Switzerland of all places in the early 90's and did two 7"s and a 8" flexi. Their biggest exposure came in 1992 on the Ebulition compilation 'Give me back' (which is fucking awesome by the way) when they contributed two two tracks (actually meshed into one) but because there were so many amazing and more well known bands on there they kinda got lost in the shuffle and I bet few people look back at that comp and recall them. Profax were branded posi-core but had a pretty melodic sound more familar with say Vision and verbal assault rather than say the faster Youth of today and Gorilla biscuits. However rather than run through the same topics they focussed more on human and animal rights and you can just feel the sincerity and emotion in their lyrics and even in their sound-it just feels so passionate. Their finest moment however (for me anyway) was their debut 7" released by Speed air play records back in 1990. I've had a second pressing on black since about 1992 but until a while back I wasn't even aware that the first pressing came out on green vinyl when it showed up on ebay. Since hardly anyone either remembers them or knows of their existence I wasn't shocked when I won it after being the only bidder. The packaging was always good on this record as it came housed in a foil sleeve for both pressings. 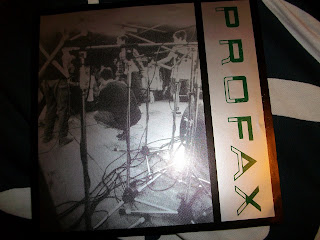 And as you can see it does look nice on green vinyl, although I've no idea how many were done on this colour, maybe all of the first press was, who knows. If you do, then please let me know. 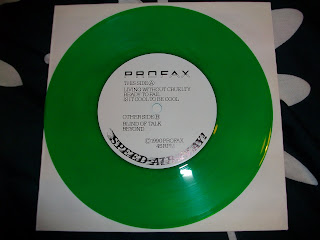 It's a shame that this record is hardly known or at least remembered more as it's a really great little 7" and so much better than a lot of the crap that was about around the time that people actually seemed to like. An LP that compiled all their stuff was released in the late 90's (I think) but that's probably just as obscure as all their other records (apart from the comp of course). Still this is worth hunting down and adding to your collection.

Violent Minds-We are nothing LP 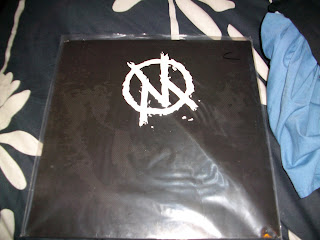 I have to say I'm a fan of Violent minds and have most of their stuff but I'd passed this up for a couple of reasons-the only copies I ever saw available for sale in the UK were on black and I wanted a colour copy. There was no point buying a black copy when the damn thing would still be on my wants list. And the reason I didn't mailorder direct from Derranged records is because the postage costs from Canada is fucking insane. It just wasn't worth it. I knew someday it would turn up and sure enough it did as I got in touch with someone who had it for a non stupid price. Anyway as late as it was (about 3 years after it's release) I was real excited about hearing it. To say I was I disappointed would be an understatement. For a start it sounds like shit. I mean I know some classic hardcore isn't what you'd call exactly polished but the fact it wasn't deliberat adds to the charm. To go out of your way to make a record sound rubbish isn't very clever in my book which I'm sure they did-if they didn't then they need to have a word with the producer (and the studio). I'm sure there's some decent songs on here but it's hard to tell which they are with such a bad production job. Most of the anti establishment lyrics are good but then they have to go and spoil it with the last track-a dumb song about getting some 'action' which stands out like a sore thumb. Maybe they were being ironic but it doesn't work if that was the intention. If they were being serious then they're just contradicting themselves as they sound exactly like the people they spent the rest of of the record oppposing.
Anyway my copy is on clear-I'm sure it's a later pressing as it's still avliable from Derranged. I'm not assed about hunting down any other colour now. I may have been if this had been a good record. I still want their first album on grey so if you wanna sell/trade that then hook me up. 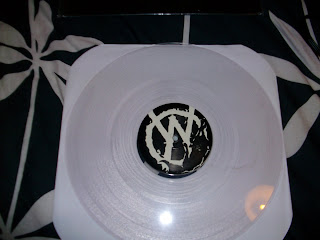 I have a soft spot for Doom mainly because my friend Wayne Southworth used to sing in them during the 90's and in the reformed 00's version. Sadly Wayne passed away in March 2005 aged only 28.
Recently I managed to get my grubby mitts on these nice test pressings. First up is the a test press of the 2010 release of their 1996 album 'Rush hour of the gods' which in my opnion was the best thing they ever did. I still have the original version but this has been remastered and does sound a bit better. This still rages hard. 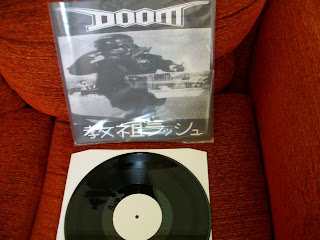 Also got a test of the split 7" they did with Hiatus. This bugger actually sold 5000 copies back in the day which shows how popular they were (and still are, as the reformed Doom are playing this year's Hellfest in France) 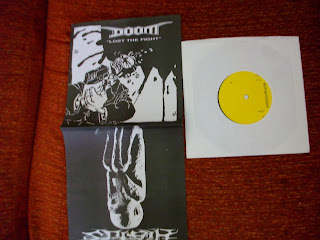 By far the coolest and oddest of the batch was this-the split they did with Cress. It doesn't look like much I know on initial viewing because it didn't come with a sleeve and I don't have the proper release to show you which came out as a 10" but this is the uncut 12" test pressing and you can see if you look carefully that the grooves start further on into the record. 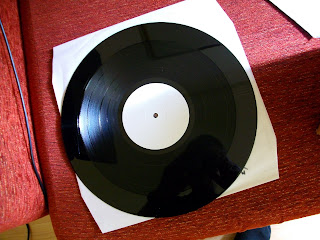 Apart from getting and playing these I also dug out and watched a DVD of the last show that Wayne did with them from February 2005 which brought a smile to my face. RIP buddy. You may be gone but you'll never be forgotten.

Posted by Mark-Sandwell at 08:47 No comments:

There's a lot of bands that I slept on the first time round for some reason or other and Lifetime are one of them. I think it was probably because around the time they were pretty popular I was mainly into the heavy shit like grindcore and vegan SXE mosh stuff and this lot were closer to the pop punk sound-a genre I mainly stayed away from . Anyway it's true as you get older your tastes do broaden and you end up loving stuff that wouldn't have got a look in years ago and you curse yourself for taking so long to come to your senses and finally discover how great some bands really are. As you probably already know Lifetime featured Dan Yemin on guitar who went on to play in Kid Dynamite and sing in the current (and awesome) Paint it black. I heard No idea were repressing these two albums (originally released by Jade tree) so I thought it was about time I got on the case and I'm glad that I did-these records rock but at the same time I've opened a can of worms because now I want more Lifetime records. 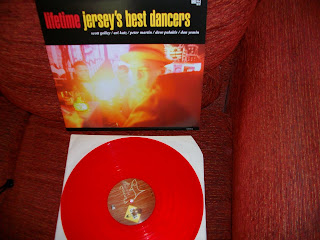 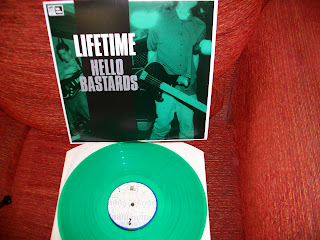 Nice coloured vinyls and top packaging. Well worth a nosey.