This is one I have been after for a while. The annoying thing is that I could have easily gotten hold of this when it was released for a fraction of the price. I stupidly convinced myself that I didn’t need it because I already had the 7”s despite there being a bonus track on it. Here we are nearly 18 years later and I’m paying daft money for it. What an idiot!!!
Just 312 of these were pressed on green vinyl and since then there have been four more colours (discounting black of course). My copy came with a nice photo too. You don’t need me to explain how great Chain of strength were. They only ever did two 7”s but they were two of the best hardcore 7”s ever in my opinion.  The irritating thing about this release is that that the songs aren’t in the same running order as the 7”s. It feels like a jumbled compilation. It’s not the only time that Revelation have done this. What were they thinking?


I’m happy though because this completes my colour collection of this record. For now anyway, I’m sure another colour will come along given Rev’s recent frenzy with colour represses. 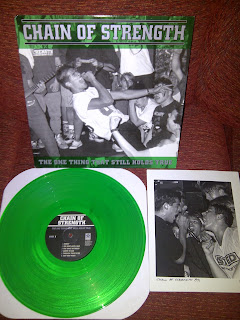 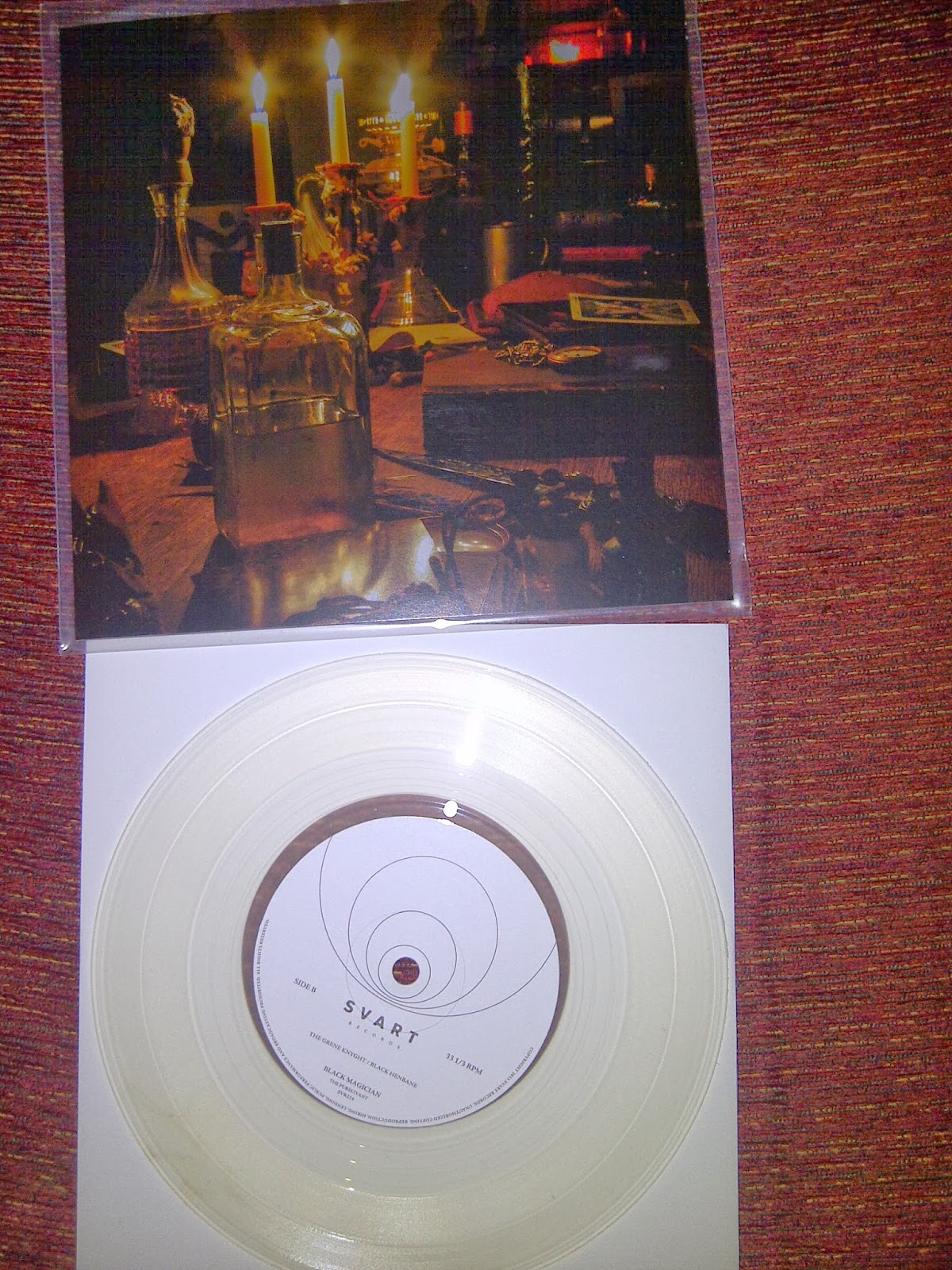 Saw Liverpool ’s Black magician destroy live again the other night and picked up their latest release, this 7”, limited to 100 on clear (the black is 400 making 500 total). It’s a wonder that Rise above, southern lord or one of the bigger labels haven’t picked this band up. It's gotta happen soon I reckon. This release is by Svart No which is an unusual label choice as they usually put out reissues of old European punk bands.
Anyway onto the music-this is heavy shit. Imagine crushing organ-driven doom laced with just a slight hint of Celtic frost. This sounds like the soundtrack to your worst funeral. The B-side is a lot more subtle but seriously these guys are best in a live environment but this record is a must have if you love this kind of stuff.
Posted by Mark-Sandwell at 09:41 No comments: