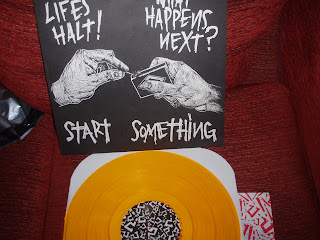 I recently put a load of bids on some stuff an old collector/trader I know was selling on eGay. Anyway as luck would have it I won most of them. There was some stuff I'd been after for ages, it worked out fairly cheap considering and to top it off it arrived on Xmas eve,happy hardcore xmas. Anyway first up (above) is the Life's halt/What happens next-split 12" on yellow. I'd been after this for ages since it came out (around 2001) so never bothered with a regular copy cos I wanted the colour one so at last I have a copy. Better late than never I guess. 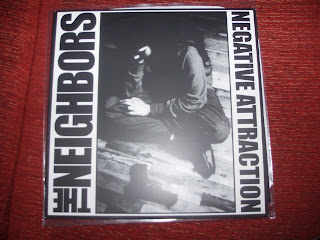 Also got the Neghbours LP that came out earlier this decade on Deep six records. This was the cheapest item of the bunch, probably because hardly anyone remembers them. Fast ripping stuff!!! 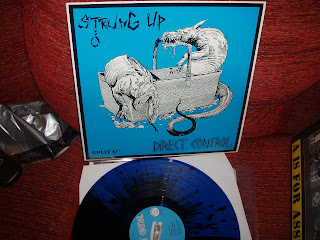 Next is the Strung up/Direct control-split LP which was a split release by two of my favourite labels at the moment No way and Tank crimes. This has been out a while but I slept on this colour copy. Not to worry, I have it now. 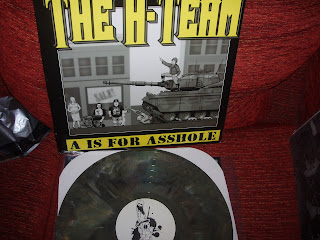 This is one I've been after for a while. I had the 7"s but wanted the limited camo colour vinyl of this awesome album. Limited to 100 I believe although there are other limited versions with different sleeves. It never ends , eh? This record fucking rips by the way. 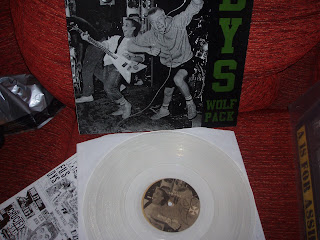 Here's a clear vinyl pressing From Reflex record of the classic DYS 12". I wish they had put this out with the original Xclaim cover not the roadracer one which I already have. Anyway I'm happy to have this. Classic Boston shit!! 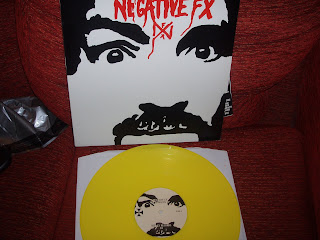 Another reflex re-release of anothe Boston classic hardcore record, it's the Negative FX LP on yellow. Very nice. This record rules but like you need me to tell you that. It reminds me I only have a old UK pressing and not an original Taaang one, guess I need to sort that out. 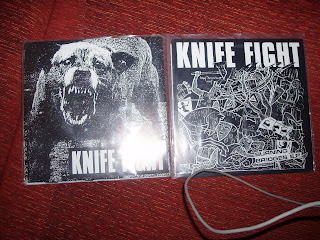 Last but not least are the two Knife fight 7"s that I stupidly slept on when they came out on the now defunct My war records earlier this decade. That said if you someone told it was two decades before that then you'd probably believe them. Proper old sounding good shit!!! 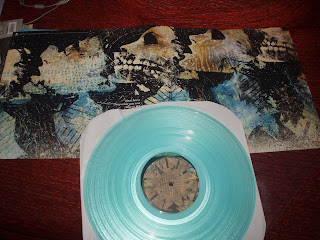 The new Converge platter from Deathwish records and it's smoking. This is the supposed exclusive UK only version on clear blue vinyl. There's a few more colours available but I'll be fucked if I'm buying them all. This will do. Musically it's no 'petitioning the empty sky' or 'Jane Doe' but it's better than any of the last two releases. Dare I say it but it sounds more METAL than their other stuff!!! I've played around 3 times and it's really starting to grow on me more and more. Always a good sign. Nice packaging too, check out the gatefold sleeve.

Posted by Mark-Sandwell at 09:27 No comments: 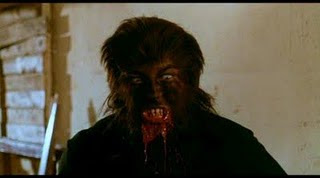 A delayed tribute to top Spanish horror icon who passed away a couple of weeks back. You will be missed dude. Your legacy lives on. 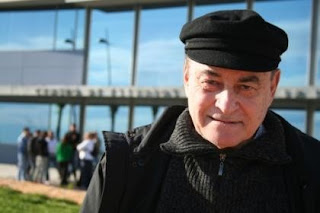 Posted by Mark-Sandwell at 22:01 No comments: 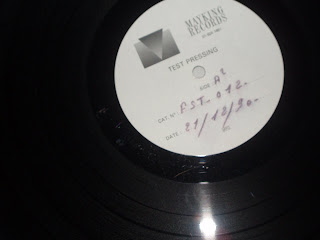 Jailcell recipes were from Wigan way and were quite popular around my town back in the day. They played good hardcore stuff which was melodic yet rough at the same time.Thier first LP was pretty rubbish mainly due to a really bad production job but the second one 'Two years of toothache' was pretty bloody fine and featured cover art by Karl Alverez of ALL fame. Anyway recently I picked up a test press for it as you can see above. No cover though which is a shame, now I want a regular copy. 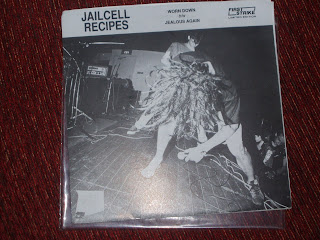 Off the same dude who I got the test press from I also got this limited single. 500 hand numbered. My lucky number is 244. It's weird hearing these again. They sound pretty damn good after all these years. They did actually do a reunion show back in 2006 at the annual Night of the living dead festival in Liverpool but i had to catch the last train back home. Members are now in a new band called Bail bond but the singer has already left so who knows what's happening now.
Anyway if you haven't heard Jailcell before do have a listen.
http://www.myspace.com/theoneshoecrew
Good shit!!

Posted by Mark-Sandwell at 10:21 No comments: